Earlier this year, our family left a suburban Jewish community in New Jersey that we loved in order to fulfill a dream of making aliyah to Israel. In the years leading up to our move, we frequently discussed the merits and drawbacks of life in Israel versus the US. We discussed matters like the dangers of living in an isolated enclave surrounded by enemy states versus our seemingly comfortable and secure  American lives. My husband often pointed out the spiritual dangers of life in the diaspora as well as the potential for established ways of life to degenerate rapidly, even in advanced Western societies. We boarded our aliyah flight against the backdrop of a common web of excitement, anticipation, and doubt.

Once in Israel, however, our commonplace constellation of concerns was complicated, perhaps overshadowed, by a new set of events. A wave of antisemitic incidents in the New York City area in late 2019 left us to glued to American news sources for updates. I grew up in the idyllic religious community of Monsey; in my mind it was the peaceful foil to whatever uncertainty we encountered in Israel. Yet the  attack on a local Hanukkah party  by a machete-wielding lunatic revealed that this place was hardly immune from hatred and violence.  Sitting in Israel with rockets from Gaza falling in the distance, my heart was nevertheless in New York and New Jersey, concerned about family members and friends.  I had the  stomach-churning sense that the problem was unlikely to dissipate anytime soon….

For the full essay (which includes a discussion of Yehuda Halevi and Yehuda Amichai) see The Lehrhaus.

This month, a new Spanish volume was published about Jorge Luis Borges’s relationship to Judaism—timed to be released 50 years after his first visit to Israel at the personal invitation of David Ben-Gurion. The book, titled Borges, Judaísmo e Israel, explores the great Argentinian writer’s various Jewish connections.

A lapsed Catholic with an interest in many religions, Borges (1899-1986) was particularly fascinated by Judaism, especially Kabbalah, and surprisingly erudite references to Jewish texts make their way into several of his stories. Even more unusually for a literary figure, especially one who traveled in avant-garde circles, his appreciation of Judaism translated into enthusiasm for the Jewish state.

Indeed, the 1969 trip to Israel affected Borges profoundly, prompting him to write a trio of poems in praise of the young state and the Jewish people more broadly. “Long live Israel,” he declares in one poem, published in that same year; in another he marvels at how “a man condemned to be Shylock” has “returned to battle/ to the violent light of victory/ beautiful like a lion at noon.”

Written shortly after the Six-Day War—just when much of the literary world was beginning to turn against the Jewish state—these poems celebrating the Jews’ return to martial glory also stand in stark contrast to their cosmopolitan author’s own general suspicion of nationalism.

A half-century since the poems were written—and on the eve of Jerusalem Day, which this year falls on Sunday—its well worth revisiting the story behind them and the place of the Jews in Borges’s worldview. 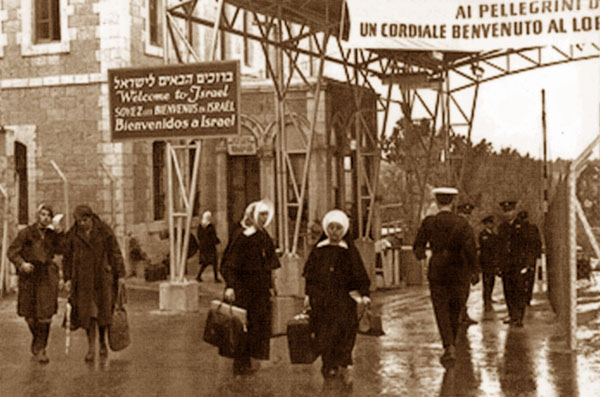 Read more about the great Scottish novelist Muriel Spark’s Jewish identity and her Jerusalem-based novel Mandelbaum Gate in the Jewish Review of Books.

As temperatures rise and flowers bloom, we can feel the holiday of Shavuot approaching – perhaps our sweetest holiday – when the Book of Ruth is read in the synagogue. For a unique and even paradigm-shifting reading of Ruth, I highly recommend Rising Moon, by Rabbi Moshe Miller of Jerusalem. It is one of the most fascinating books of modern biblical interpretation I have come across. Rising Moon is structured like a drama in four acts, reflecting Ruth’s four chapters. It weaves together Biblical, midrashic and Kabbalistic sources, along with a wide range of insights from outside Jewish tradition – Adam Smith, Charles Darwin and the novel Dune all make key appearances. This eclectic mix of sources is employed to make a provocative claim about about the Book of Ruth in particular and about the history and destiny of the Jewish nation more broadly.